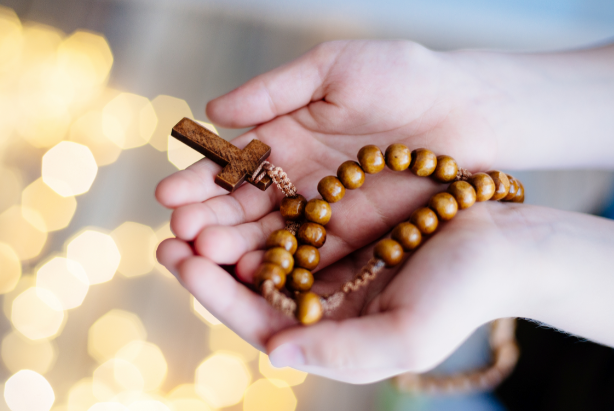 1. In response to the COVID-19 pandemic, faith communities have had a positive impact by collaborating with the government, canceling in-person gatherings, and adapting to virtual gatherings.

2. Alternatively, some religious communities have played a detrimental role during the COVID-19 pandemic by increasing transmission and fostering distrust/misinformation of public health guidelines.

Of 1000 records identified, 58 were included in the final analysis from the inception of the database through July 2020. Articles were included if they reported epidemiological evidence of roles played by religious communities in transmission , mitigation and/or adaptation of COVID-19. Studies were excluded if they were theses, pharmacological or biochemical studies. The summary of findings was done narratively, reporting outcomes of interest, relevant inferential statistics, and relationships between religion and COVID-19 outcomes.

1. This study identified the positive aspects of HPV self-sampling, including privacy and modesty, convenience, increased comfort, and decreased pain in Muslim women.

Although cervical cancer is preventable with proper screening tests, religious and cultural factors may cause some women to forgo screening. Muslim women in particular have been found to be more likely to have late presentation of female cancers due to cultural factors. HPV self-sampling may provide a culturally sensitive alternative; however, its acceptance among Muslim women has yet to be explored. Therefore, the aim of this systematic review was to summarize Muslim women’s perceptions regarding HPV self-sampling.

Of 98 identified studies, 7 (participants ranging from 30 to 839) were included in the final analysis from 2016 to 2020. Studies were included if they assessed acceptance of HPV self-sampling among Muslim women . Studies were excluded if they assessed perceptions of cervical cancer screening in general. The Mixed Methods Assessment Tool (MMAT) was used to assess study quality. Data analysis was done using the thematic analysis method.

The results demonstrated that the positive aspects of HPV self-sampling included privacy and modesty, convenience, increased comfort and decreased pain in Muslim women. Alternatively, negative aspects of HPV self-sampling included religious taboo, low self-confidence in administering the test, and perceived cost. However, this study was limited by the inclusion of only one study that used a qualitative method that would have helped to understand the underlying reasons and concerns of Muslim women. Nevertheless, this study was the first to synthesize the acceptance of HPV self-sampling testing among Muslim women and provides insight into its potential clinical utility.

2. Additionally, the control group had no statistically significant post-test difference in spiritual sensitivity.

Spirituality is an important component of health, especially in early childhood. Play is a strategy that has been shown to be effective in improving children’s social skills and creativity. however, little is known about its relationship to the development of spirituality. Accordingly, the present randomized controlled trial (RCT) sought to assess the effects of meaning-focused play on children’s spiritual sensitivity.

This two-group RCT included 120 of 150 eligible children from May 2016 to January 2018 in Iran. Children were recruited using convenience sampling and were eligible if they were between the ages of 10 and 11 and had no serious physical or mental health problems. Children were excluded if they did not participate in one or more sessions of the intervention. The intervention consisted of twelve 45-minute sessions over 6 weeks and consisted of a program aimed at familiarizing children with spiritual concepts. The control group had the current trend of center plays and programs. Spiritual sensitivity was measured using the Spiritual Sensitivity Scale for Children (SSSC) before and after the intervention. Data were analyzed using chi-square test, independent-samples t-test, Mann-Whitney U tests, and Wilcoxon signed rank.

Islam-Based Interventions Can Improve Both Depression and Anxiety

1. In this study, an intervention based on the Islamic religion called “Remembrance and Seeking Allah’s Forgiveness Intervention” (RSAFI) significantly reduced levels of anxiety in women and depression in men compared to a group of witnesses.

2. In addition, participants reported an improvement in their overall health following the intervention.

The results demonstrated that RSAFI significantly reduced levels of anxiety in women and depression in men compared to typical care controls. Additionally, participants reported an improvement in their overall health following the intervention. However, the study was limited by the restriction of anxiety and depression to women and men respectively, as well as the small sample size. Nevertheless, this study demonstrated that religious interventions can play a role in improving the mental health of Muslim men and women.

Previous Private equity funds: the allocation of ESG-focused private equity funds more than doubled in 2021; AUM will grow further in five years: Bain & Co report
Next The market for car loan services is booming around the world – Designer Women